Guns are versatile tools that are useful in the elimination of pests and varmints, providing table meat, protecting property and lives against criminal predators, and offering entertainment for the people who like sporting services. In rural lives, guns are an important feature since wild animals provide both opportunity and a threat to sport. America had turned out to be more violent and more urban, and gun demand and ownership have been motivated increasingly by the need to protect oneself from other people. This article covers the reasons and importance of civilians should be allowed to own and carry guns in public, an explanation of why the government should lift the laws hindering gun ownership. The rate of gun ownership freely by civilians does not associate with increased crime rates. Israel and Switzerland nations own more guns in comparison to the United States of America, but they report much fewer homicides when compared to any other European nations using stricter gun laws.  The Centers for Disease Control and Prevention (CDC) state that self-defense is very important and self-deterrent. As indicated by recent CDC reports, direct study assessment emanating from the actual usage of guns by civilians have depicted constant lessening of injury rates among the victims of crime that are in gun possession, when compared to individuals who use other self-protecting methods. Therefore, the rate of guns owned by civilians in a country is not a determinant of crime rates. Therefore, they should be allowed so that victims of criminal cases and attacks can defend themselves from such. Accidents that result from unintended shootings from guns are not considered to fall under any category of gun violence. An approximation of all fatal and non-fatal intended shootings, with about 17,000 shootings each year, is barely declared to be series issues provided that there are more than 300 million guns in private hands. Crime penalties appear to be severe generally, and in reality, the offered punishments are very light.  The hope for gun crimes can be effectively minimized by widening gun crime and related acts penalties. However, it is difficult believing that such programs can affect the killing s rates caused by guns. The crime rates can be minimized by intensifying gun violence penalties. Interactions among friends, neighbors, and family members are said to act as mechanisms of exposure that make people aware of local victimizations. In the same way that social interactions lead to community cohesion, it is the same way in which forums for victimizations and crime can diffuse from community members to others. If a given geographic area is identified with criminal activities such as indirect victimization, fear develops among the people. Sometimes even police response takes too long, and this increases the danger for potential victims. This gives a good reason for the proponents to support gun possession. This is because; having guns at an individual level will help in reducing fear of the individuals because they are able to protect themselves from criminals. Therefore, proponents fully support the say that gun violence should be allowed. Fear of victimization within individuals' homes necessitates gun ownership by civilians, as well as carrying guns illegally to public places for self-protection.  Violence research and a methodological hindrance to carrying of firearms is simultaneity wherein statistical models strive to point out the direction of how gun carrying and crime relate casually. The vast majority of firearms in civilians' hands do not cause crime or are not involved in violence. Zimring claims that guns do not kill people, but it is people that kill other people. Firearms would never contribute to crime seriousness if the crime never existed. Guns are used as another weapon used in committing a crime. Arming citizens increases safety, by giving potential victims the ability to protect themselves, and as a way of violent crime deterrent. Gun control should, therefore, be removed. Law strictness should be relieved so that civilians can freely own and carry guns even in public places for self-protection and defense since guns do not fight without the aid of human users, so this can be controlled. 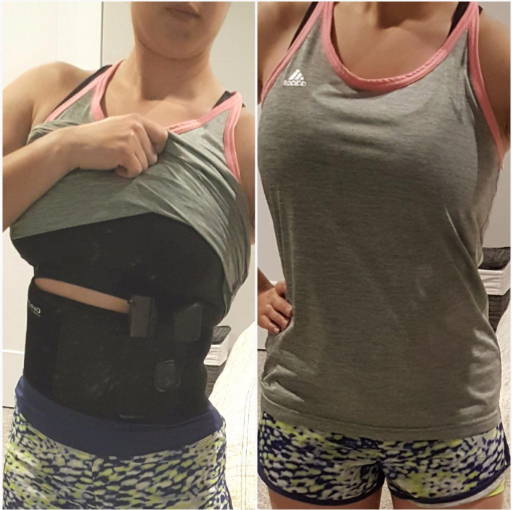 Dragon Belly Holster makes universal holsters for sale to the public, which are of high quality compared to any other that, have been on sale. They are made of durable, synthetic, lightweight, and non-smell material, which is easily washable and does not fill with sweat as it is aerated. It thus solves the problems that people have been facing while carrying guns, especially those carrying them the whole day. Getting holsters that are baggy or swinging may get one into trouble when criminals notice that they are armed. Dragon Belly Holster is a very sticky, tightened plastic and the most concealed holster than the ones that have been made before. It is suitable for both men and ladies as it balances gun weight because of its design and can comfortably be fixed at the leg and chest, so it allows one to easily pullout a gun within milliseconds in case of any emergency. It is a universal five-in-one holster that can hold pistols of different sizes, including full size, mid-size, compact, subcompact, and a revolver. It allows guns to be carried from different body parts, including appendix, hip, behind the hip, shoulder rig, '12 o'clock', open carry, cross draw, and outside the waistband.

Praise To Heaven made holster characteristics, as stated above, indicate that guns can be publicly carried comfortably without causing any trouble, and without anyone raising any suspicion of the firearm being carried despite the clothing style of an individual. 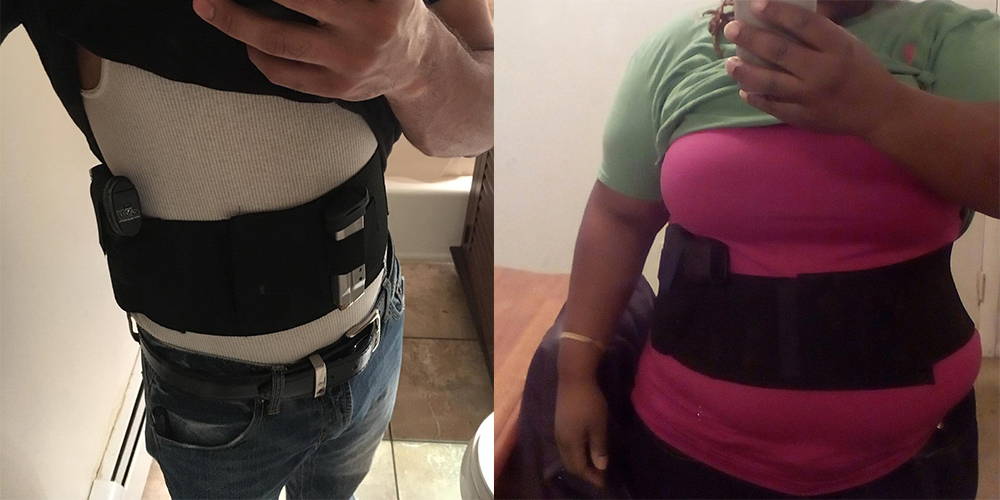 To conclude, gun ownership by civilians should be allowed, for this is a very beneficial move to civilians. There is a need for minimizing fear among citizens by allowing them to do whatever it requires to protect themselves against victimization and criminal attacks. Dragon Belly Holster provides a nice way of ensuring support for gun carriage in public places for maximum civilian protection with their amazing line of holsters. These holsters are well designed for safety.